Let's Not Deprive Each Other

by Plates of Cake 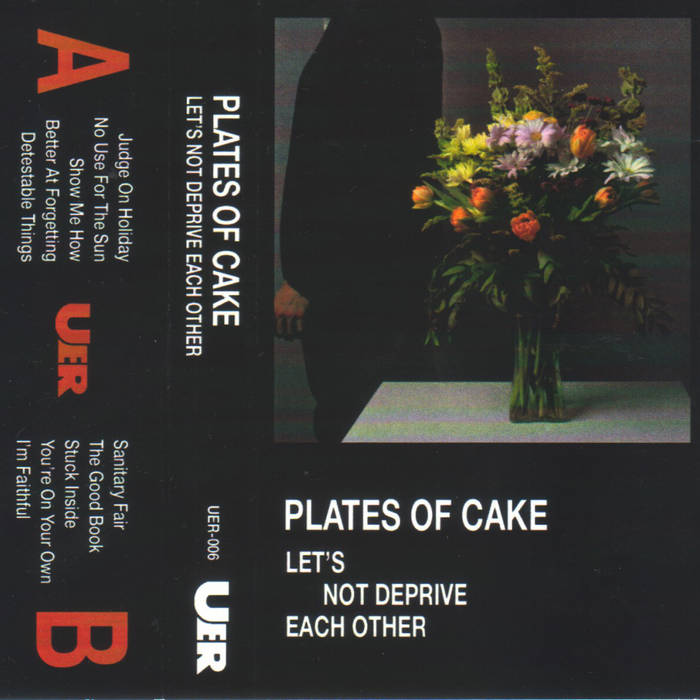 Formed in 2009, New York City's Plates Of Cake have released three albums garnering critical praise and comparisons to the Soft Boys, Nick Lowe, and The Kinks. Their first self-titled LP from 2010 was described by TinyMixTapes as "a perfect balance of melody, irony, blue-collar wishing, common-man ruminating, gruffness, and perpetual doubt". The release of the second Plates Of Cake LP - "Teenage Evil" - was followed by an east coast tour including shows with Speedy Ortiz and Cloud Nothings. 2016 saw the release of "Becoming Double," arguably Plates’ most popular release to date. Aquarium Drunkard describes the band as: "Not sure if Plates of Cake really fits into any current scene, but that’s just as well — they might be more at home with the early 80s Postcard Records roster: Orange Juice, the Go-Betweens and Aztec Cameras. Wherever you slot them, Plates of Cake deserve your attention."

In 2017 Unblinking Ear Records will release the fourth Plates Of Cake album, titled "Let's Not Deprive Each Other." Trading in their harder edged pub rock sound for acoustic and slide guitars alongside chamber pop arrangements, the album recalls Dan Bejar at his most congenial or perhaps an agnostic George Harrison teetering on the verge of a Skip Spence bummer.”