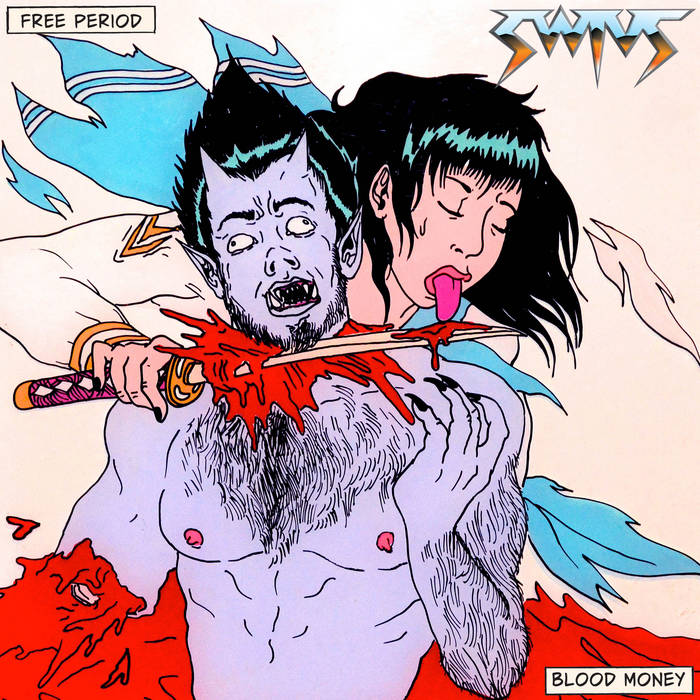 Swivs is the new project from Will Schalda Jr. Schalda achieved a taste of fame as a member of the Realistics, perhaps the great lost band of the early 21st century New York rock scene. Though they commanded an impressive local following, toured extensively with their contemporaries the Strokes and the Mooney-Suzuki and opened for punk icons Joe Strummer and Blondie, The Realistics sadly fizzled before gaining the recognition and success of many of their peers. Schalda spent the next several years as an in demand touring musician, lending his talents on the keys to acts as diverse as Brendan Benson, Kevin Devine and his Goddamn Band and, most recently, Charles Bradley, all the while penning his own tunes on the side. Reuniting with Realistics powerhouse drummer Dave Patrikios, Schalda finally shows the world what he's being up to all these years with Swivs' debut Free Period Blood Money: 10 songs of finely-crafted, keyboard-driven pop that may remind younger fans of New Pornographers, Spoon and Ariel Pink but are equally reminiscent of old wave legends like Elvis Costello and The Cars. From bubblegum stomps ("I Was Alive"} to video game blips ("Safe For Now") to stately power pop ("676767," "Krystina Mirrors'), Free Period Blood Money proves Schalda a tunesmith of remarkable breadth and uncommon talent.

THIS IS ALL A BUNCH OF BULLSHIT, RIGHT?
Everyone knows these band "Bio"s are either written by their friends, family or worse; By themselves and in the third person. The end product is usually a revolting exercise in self absorption and poor salesmanship, compiled of tedious tidbits about them that no one gives a shit about and/or copious amounts of name dropping/obscure musical references; None of which is gonna change your mind about their music. These people probably smell their fingers after they scratch their balls too.

That being said; Were I to indulge in such a narcissistic travesty, it would probably read something like this:

WILLIAM SCHALDA JR. IS SWIVS.
"Schalda has a hobo's voice and the dick of an angel." -James Ruppleton (Mean Ether)

Born in Brooklyn, New York on July blah, 19-nobody cares and currently residing in Yonkers, the SWIVS 'sound' is steeped in the tenets of the underground GMSM (Grassroots Monophonic Synth Movement) widely popularized by bands such as Plain English, Mean Ether, Palpable Tuft, and of course- Some Other Band You've Never Heard Of. His musical resumé is as long as this paragraph is full of shit: Very. He's toured with various acts over the years including His Old Band, His Brother's Band, His Old Friend's Goddamn Band and most recently, His Good Friend's Very Successful Soul Band. After years of blah blah, Schalda decided it was time to whatever out on his own. The result: The DePop Musik Revolution. The time is now or something, and SWIVS is here to give the time back to you, for the time being. Or some other clever bullshit, but I don't care.

DON'T YOU WANT TO VOMIT NOW?
Go ahead. Spew right into your $20,000 laptop. Hold your $5000 phone away from your face as hot chunks of meatball parm and deli coffee from two hours ago comes gushing out of your mouth onto the old lady next to you on the bus. Let the wretched words you just read conjure forth the last drops of bile from your convulsing esophagus until that white hot razor blade acid scrapes through your throat as you cough and gasp; Murmuring to yourself like a schizophrenic lost in a subway tunnel, "Never again...never again..."

I'm only kidding. Enjoy the record!